What Can We Help You Find?

Find a First Bank location near you. Search branches and hours, ATMs and more.

Reach out to if you have questions, are looking for assistance, or would like to share feedback.

Make progress toward your goals and uncover the loan that fits your business by partnering with us.

Turn to us when you need flexible access to capital, new equipment or real estate for your farm.

Exiting a business with financial success takes knowledge and planning.

Change is an inevitable aspect of every life cycle. With business, the final evolution can take a variety of forms. You may be ready to retire and pass the business on to a family member. Perhaps your goal is to sell to outside investors and use the proceeds as a retirement nest egg. Or the business may have declined so much that the best exit is a legal dissolution of your company. These tools and resources will help you manage the big decisions ahead for a successful transition.

The CEO Owner’s personal challenge – how to let go 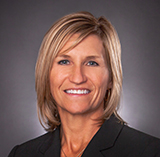 Nikki Roser is the President & CEO of First Bank, a community bank serving Southeastern Illinois and Southwestern Indiana. She is a CPA, holds an MBA, is passionate about building relationships with entrepreneurs and business owners, and leverages her experience to share financial and strategic advice. Partnering with clients and watching their business thrive and prosper is her greatest joy.

The single biggest challenge in the implementation of a succession plan happens when the CEO Owner transfers decision-making authority to the next generation of management. He or she built the business from its beginning. They have put many years of hard work into the business and its success can largely be attributed to their decisions. Because the CEO Owner has been so closely aligned with the company’s success, it is not uncommon for their personal sense of self-worth to be closely correlated to the success of the company. In essence, the business becomes an extension of themselves.

Many of these individuals have not developed interest outside of the business and find the thought of stepping back from the business unacceptable. Generally, if the CEO Owner has not found an alternative to working full time by their early sixties, they will have a great deal of difficult turning over the day-to-day decision making to the next generation of management.

After putting in many years of managing the day-to-day affairs of their company, most CEO Owners are tired of managing the daily challenges of keeping their company successful. However, they are not tired of the business itself and still enjoy the idea of running the company. If this is the case, the CEO Owner needs to honestly answer two questions:

Some of the common symptoms to being burned out at work include exhaustion, no satisfaction with the company’s results, and a disconnection to the people he or she works with. If the CEO owner is burned out from day-to-day decision making, it is possible to develop an arrangement where they are still involved in the business, but turn over the day-to-day problems to the next generation of management.

It is extremely hard for an individual who has spent many years managing a business and considering it as an extension of themselves to let go and begin the transition process. However, it is critical for the individual to establish their personal identity or ’self-worth’ apart from the business. If the CEO Owner looks at this as the beginning of new challenges to be accomplished, they are more likely to succeed than the individuals that resist and hope to manage the company forever.

Most CEO Owners who successfully step back from the management of the business begin developing outside interest in their early fifties. They begin working with charities, teaching part time at a local university, consulting, traveling, or thinking about starting another business. Others figure out a way to stay involved with their business while passing day-to-day decisions to the next generation of management.

While the CEO Owner is trying to put out fires on a daily basis to keep the company running smoothly and pushing the company toward greater success, it is just as important to begin developing interests away from the business. These interests should include their family and hobbies that will challenge their mind and occupy free time.

Succession planning forces the CEO Owner to confront their own mortality. They must come face to face with what they want their legacy to be. However, executing an effective succession plan can be challenging and just as rewarding as starting a new business. It all depends upon their attitude.

Obviously, the key to letting go is the development of your successor. Passing the torch to the next generation of management without preparing them almost never works. The new management team feels overwhelmed and may not have the skills to get the job done. In addition, you will be walking away from the business knowing that the new management team lacks the knowledge to run the company. Is this the legacy that you want?

The most common approach to grooming your succession involves:

Once they are settled in their new role as your successor, begin taking extended vacations away from the business. These retirement rehearsals allow the new CEO to establish their authority apart from you, and it gives you the time to ease into retirement and begin developing other interests.

Another approach is to limit your participation in the management of the company to special projects and strategic planning. This lets you still participate in the company, but allows the new CEO to establish themselves as the team leader.

This process should be followed whether you are passing the company along to family or selling to a group of your employees. Their ability to keep the company going is your true legacy.

A new role for the CEO owner

Some CEO Owners are burned out on the day-to-day management responsibilities of running a company, but wish to continue having a say in the direction the company is going. While they are ready for less stress in their life and more free time to pursue other interests, they are not ready to totally let go of the business.

There is a way to accomplish this goal. But for it to be successful, everyone must know their responsibilities and stay within the define areas of responsibility. This approach has the next generation of CEO being named the President of the company and given the responsibilities of managing its day-to-day operations. All report directly to the new President.

Here’s a list of possible responsibilities for the new Chairman of the Board:

The new Chairman of the Board should consider limiting employee access to them. This will force employees to seek advice from the new President and limit conflicting decisions.

Dealing with the conflicting emotions of letting go

In the book Good to Great, Jim Collins describes how great leaders prepare their successors for success. You must realize that the single greatest achievement you can have in business is passing your knowledge on to others so that they can succeed.

The succession planning process can be a very stressful time for the CEO Owner and his or her family, but it can also be a capstone achievement for a long and successful career.

First Bank does not provide, and is not responsible for, the product, service, or overall website content available at a third-party site. First Bank neither endorses the information, content, presentation, or accuracy nor makes any warranty, express or implied, regarding any external site.

Our privacy policies do not apply to linked websites. You should consult the privacy disclosures on any linked site for further information.

By clicking Continue, you will be directed to First Financial Services.

Your security and privacy matters at First Bank. Before you send us an email, please be sure that you are not sending confidential or personal information – like your account number or social security number. If you need to share this type of information with us, please call us at 1-800-538-3979.